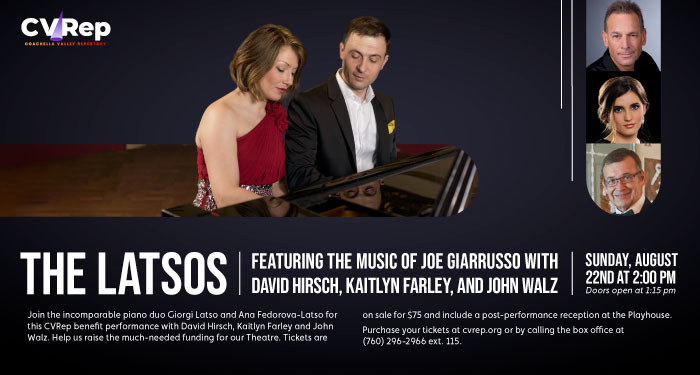 CVRep Presents Live: The Latsos ~ Featuring the Music of Joe Giarrusso ~ Sunday, December 12, 2021 at 2:00 PM Join the incomparable piano duo Giorgi Latso and Ana Fedorova-Latso for this CVRep benefit performance. Help us raise the much-needed funding for our Theatre. Also joining the Latsos are John Walz, Kaitlyn Farley and David…

END_OF_DOCUMENT_TOKEN_TO_BE_REPLACED 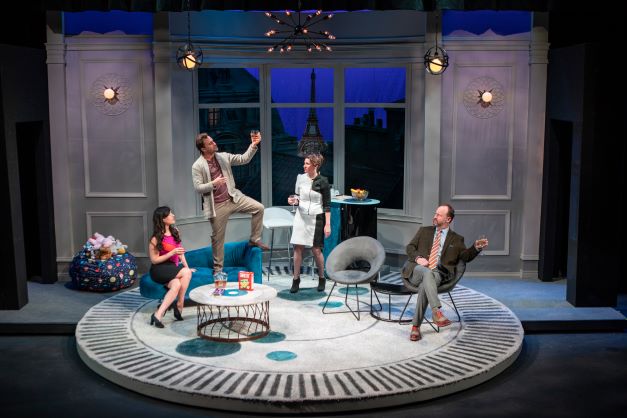