Past Events, Past Productions 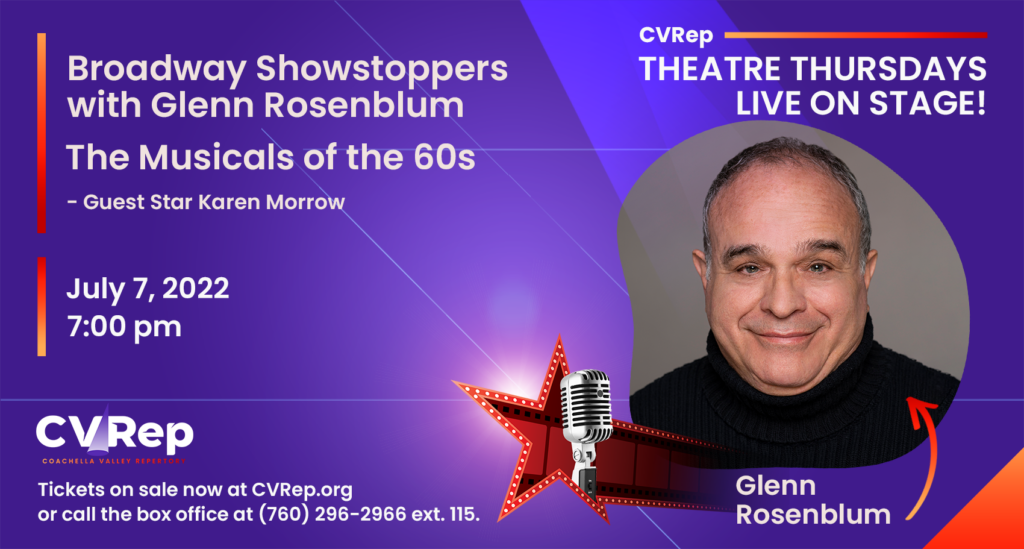 The Musicals of the 70s with Guest Star Karen Morrow

Tonight, Glenn Rosenblum along with Karen Morrow unearth the hidden gems of Broadway Musicals of the 60s. Big hits but also some lesser-known shows, each filled with memorable songs by Musical Theatre’s best. Karen is a beloved stage and television personality who is known for her shows with Richard Rodgers, Frank Loesser, Alan Jay Lerner and Jerry Herman. In 1964 she first stepped onto the Broadway stage in I Had A Ball costarring with Buddy Hackett and Richard Kiley, one of the many forgotten but loved musicals.
With Greg Schreiner on the piano.